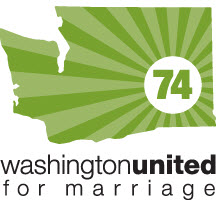 Referendum Measure Number 74 affects a large number of people in Washington State. As of June 30, 2014, when the measure goes into effect, it will significantly impact the lives of those couples in the State currently registered as Domestic Partners. Specifically, the eligibility requirements that you must meet in order to become a Registered Domestic Partner are about to change.

The Affects on Marriage

Under previous laws, “marriage” in Washington State was defined as a union between a man and a woman over 18 years of age. Due to Referendum Measure Number 74, the restriction against same sex marriages is effectively removed, as marriage between same sex couples will be considered valid. Eagle Law Offices, P.S. celebrates this as a positive step towards recognizing the equal rights of same sex couples. The issue many people have, however, stems from other adjustments to Washington State laws that are being made simultaneously.

Under Referendum Measure Number 74, only two (2) types of couples may enter into a state registered domestic partnership after June 30, 2014.  This includes only opposite sex couples in which at least one person is 62 years of age or older and same sex couples.   Registered Domestic Partnership status will no longer be available to couples who do not meet these requirements.

What Happens To Existing Domestic Partnerships?

Another significant change is what happens to existing state Registered Domestic Partnerships in which the parties are the same sex. As of June 30, 2014 all State Registered Domestic Partnerships in which neither party is under the age of 62 and of the same sex will be merged into a civil marriage.  This will occur automatically unless the parties marry or commence dissolution proceedings of their domestic partnerships prior to the June 30, 2014 date.

Civil Unions from Other States

Even if you didn’t register for a Domestic Partnership in Washington State, Referendum Measure Number 74 still has the potential to affect you. According to law, any legal union besides a marriage that was formed validly in another jurisdiction will be recognized as a Registered Domestic Partnership if that legal union is equivalent. This means that if you entered into an official relationship with your same sex partner in another state and moved to Washington where you now hold permanent legal residency, you may find your relationship automatically converted into a marriage as of June 30 as well.

The information on this website is for general information purposes only. Nothing on this site should be taken as legal advice for any individual case or situation. This information is not intended to create, and receipt or viewing does not constitute, an attorney-client relationship.

*A lawyer may charge a flat fee for specified legal services, which constitutes complete payment for those services and is paid in whole or in part in advance of the lawyer providing the services. If agreed to in advance in a writing signed by the client, a flat fee is the lawyer's property on receipt, in which case the fee shall not be deposited into a trust account under Rule 1.15A. The written fee agreement shall, in a manner that can easily be understood by the client, include the following: (i) the scope of the services to be provided; (ii) the total amount of the fee and the terms of payment; (iii) that the fee is the lawyer's property immediately on receipt and will not be placed into a trust account; (iv) that the fee agreement does not alter the client's right to terminate the client-lawyer relationship; and (v) that the client may be entitled to a refund of a portion of the fee if the agreed-upon legal services have not been completed.